I’ve been honored to help thousands of organizations across the globe eliminate the stress and overwhelm of recruiting and hiring. I’ve shown them a method for creating an instantaneous job filling system that eliminates hiring delays.

My career began as a recruiter, back when I still had a full head of hair. That wasn’t my original plan. In college, I was a music major who wanted to become a high school band director. I learned about recruiting when I went to an employment agency, looking to earn extra money.

During the interview, the office manager asked if I’d ever considered a job in the staffing industry. I didn’t know there was such an industry. While I didn’t accept her offer, it did plant a seed. That I could earn a living matching people and jobs seemed like a meaningful career. Within a few months, I sought out and landed my first recruiting job. I discovered a common pattern as I began my career in hiring. At the employers I contacted, jobs had frequently been open for weeks, months, and sometimes years. Often, these jobs weren’t open because of a lack of candidates. The companies had already interviewed dozens of people, some of whom were well qualified. However, they weren’t hired, even though that empty seat was delaying projects, creating missed opportunities, and costing lots of overtime. These companies allowed the process to drag on and on.

These hiring delays were also affecting job candidates. Many were already working full-time jobs and had little time to deal with a drawn-out hiring process. In some cases, I watched qualified candidates grow so frustrated that they abandoned their search. Rather than tolerate an inefficient, prolonged job search that may or may not improve their circumstances, they chose to stick it out with their current employers—even when their current jobs were not meeting their needs.

I saw this as an opportunity. Yes, this was about doing the greater good and facilitating a process where the needs of all parties were met quickly. Just as importantly, I felt like I had found my purpose. I had always wanted to make a difference, which is one of the reasons I wanted to be a teacher. What I never expected is that I would be teaching people a new way of hiring.

Was this easy? Heavens no! I was working against the status quo. I had to have talent ready to go, encourage hiring managers to act quickly, and then keep the process moving forward.

The payoff of being an on-demand provider of talent became clear quickly. One of my favorite examples is that of a manufacturer in North Carolina. Their information technology department needed a leader. Based upon their previous experiences with recruiters, they thought it would take months to find the correct person.

However, since I had cultivated a Talent Inventory, my “warehouse” of people that were ready to go, that wasn’t the case. I told them about Mark, a candidate in my warehouse, who they hired the very next day. That was more than two decades ago, and Mark is still there, reinforcing for me that rapid hiring can be done immediately and accurately. In fact, he was promoted to chief technology officer and plans on retiring there—unless he gets an unexpected call from NASA.

Watching the ongoing, positive impact that this approach was having in the companies I led inspired me to share this with a broader audience. That is why I became a business strategist and advisor, creating the Wintrip Consulting Group in 1999. 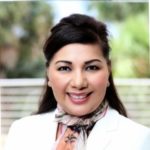 Scott illuminates wonderfully the principles of technique, process, and inventory-building to help you make successful hires. 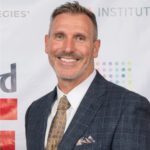 Scott was a tremendous help to our HR leadership team and our talent acquisition group by provoking new ideas and holding us accountable for getting better. We are now in a much better place, moving our team from good to great. 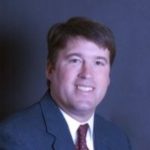 Scott ’s guidance has been invaluable in my leadership role. We are a better company and I am a better leader as a result of working together. 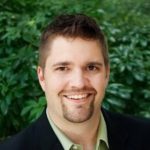 Scott has taken the often reactive and suboptimal way most of us hire and turned it into a proactive, repeatable process critical for all growing businesses. As a result, the world of talent engagement now has a new playbook.

The fast and accurate hiring process I created is the subject of my book published by McGraw-Hill: High Velocity Hiring: How to Hire Top Talent in an Instant.

If you’d like to learn about this methodology, download my free, 26-page report: The Competitive Advantage of a Talent Rich Organization.

You’ll also find a wealth of content on this website that will help you engage in fast and accurate hiring.

If I can personally help you and your company improve your hiring process, please contact me to schedule a free initial consultation.